Alright, let’s talk about sitcoms for a second. I’m gonna be real with you all: I absolutely detest both Friends and How I Met Your Mother. I think both shows are terrible. Awful characters, dialog, jokes, like, I just flat out do not enjoy either show. If you want to unfollow me or stop reading this after hearing my ~unpopular opinion~, that’s fine, feel free to go. I’ll admit, I’ve recently taken a liking to Seinfeld, thanks to the fact that it’s on TV Monday-Friday from 11:00-midnight on PIX 11. However, my absolute favorite sitcom of ALL TIME is The Nanny.

If you’ve never seen it, I don’t blame you. The Nanny is currently unavailable to stream on websites (even the sketchy ones, trust me, I’ve searched far and wide). It’s not on Netflix, Hulu, Amazon, or even iTunes. The only way to watch it is to purchase the boxed set of DVDs for a whopping $82.99 or you can watch very low-quality versions on YouTube (I wanted to show my boyfriend the series this way, but he couldn’t even see the characters because the quality was so poor). Netflix, if you’re reading this, please fix this. There’s no reason the world should miss out on this gem of a show.

♫ So over the bridge from Flushing, to the Sheffields’ door, she was there to sell makeup but the father saw more…♫

The basic plot of the show is lined out in rhyme in the theme song sprinkled throughout this post, but I will GLADLY explain it in more depth. The show begins when Fran Fine, a Jewish girl from Flushing, Queens, finds herself on the street as a door-to-door beauty saleswoman after her boyfriend dumps her for another woman. She wanders through Manhattan to the Upper East Side, where the Sheffield family lives, and knocks on their door. Mr. Sheffield (who just so happens to be one of New York’s most eligible bachelors) opens the door to find Fran attempting to sell him makeup. Mr. Sheffield, who is looking to hire a nanny for his three children, decides to employ her as a live-in nanny, and the rest is history.

♫ She had style, she had flair, she was there! That’s how she became the nanny! ♫

I firmly believe that The Nanny is severely underrated. The show features an incredible ensemble cast (that stayed on from the show’s pilot to the series finale after 6 seasons), punchy jokes, and impeccable comedic timing. My favorite part of the show, in particular, is Fran herself.

♫ Who would’ve guessed that the girl we described was just exactly what the doctor prescribed? ♫

Fran Fine, fictional character, played by ~queen~ Fran Drescher, is one of my greatest inspirations in more ways than one. Fran is not book smart by any means, but she makes up for it tenfold in her street smarts and wisdom. She’s sassy, wise, hilarious, sexy, and of course, she’s a STYLE ICON.

♫ Now the father finds her beguiling (watch out C.C.!) and the kids are actually smiling (such joie de vivre!)…♫

I draw a lot of my personal style from Fran. Even though you may not’ve seen the show, you might be aware of just how much of a fashion queen Fran is. There have been articles written about her on Buzzfeed and Vogue, and there’s even an entire Instagram account devoted to chronicling her infinite wardrobe (follow it, guys, it’s amazing). Fran loves leopard, bold colors and prints, red, and sequins. She is often seen sporting mini skirts with turtlenecks. She layers mini dresses on top of turtlenecks as well. I’ve gathered some of my favorite Fran looks here for you to see what I mean:

THIS HERE GIF is from the FIRST EPISODE!! FRAN DOES NOT COME TO PLAY!!! Ok, I’ll shut up now and let you enjoy the fashion.

This is a Versus Versace Holographic Party Dress 💜💜💜 I found this for sale on eBay.

SO colorful 💐 Outfit by: @xobetseyjohnson 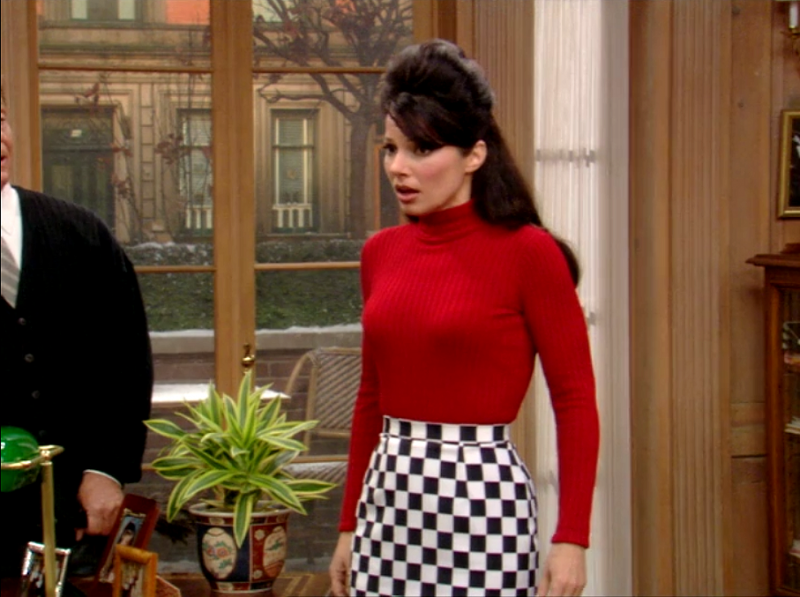 ♫ She’s the lady in red when everybody else is wearing tan! ♫

While Fran is sporting Versace, Moschino, and Betsey Johnson, ya girl’s out here looking JUST LIKE FRAN for muuuch less! All of my clothes are from your favorite budget stores (hellooooo Forever 21 and H&M). Additionally, you can scroll to the very end of this post to find even more Fran-approved pieces for cheap. This particular look doubles as a fantastic last minute costume for Halloween!

♫ The flashy girl from Flushing, the nanny named Fran! ♫

This look was shot on location at the house used for the exterior shots of the Sheffield residence on the show! Perks of living in NYC 💁🏻 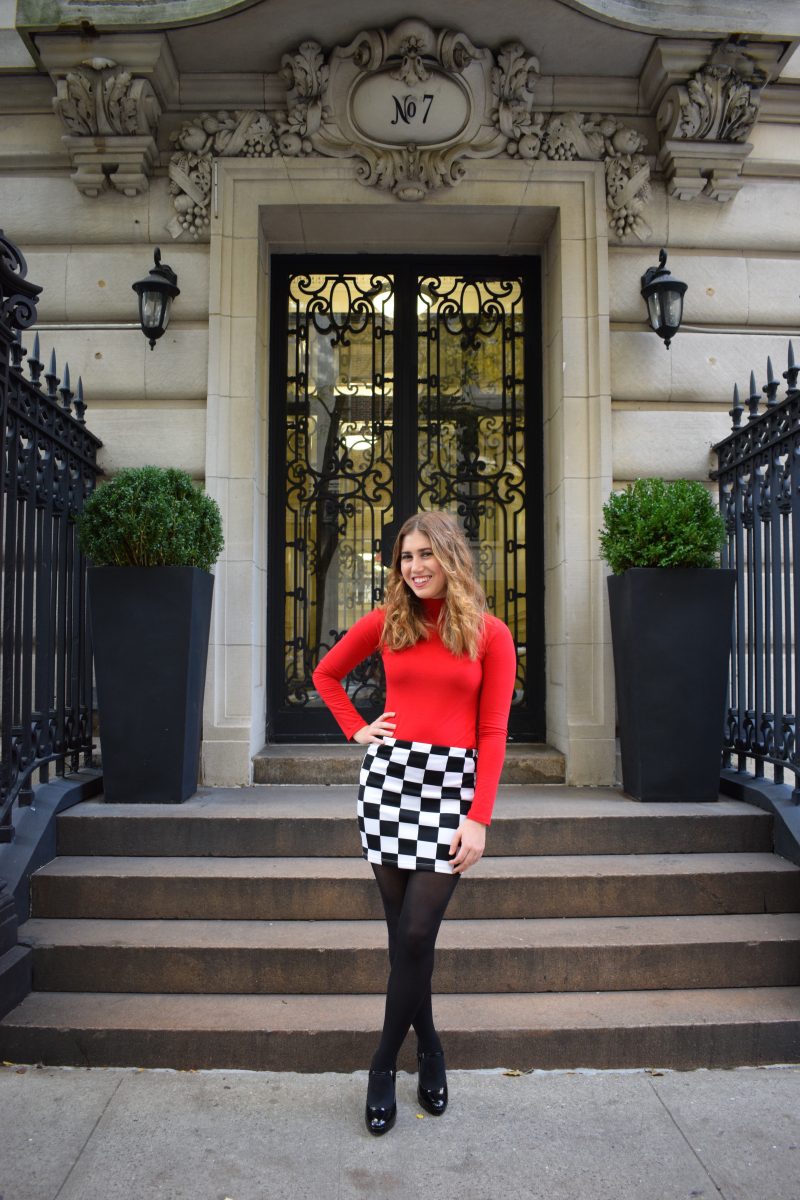 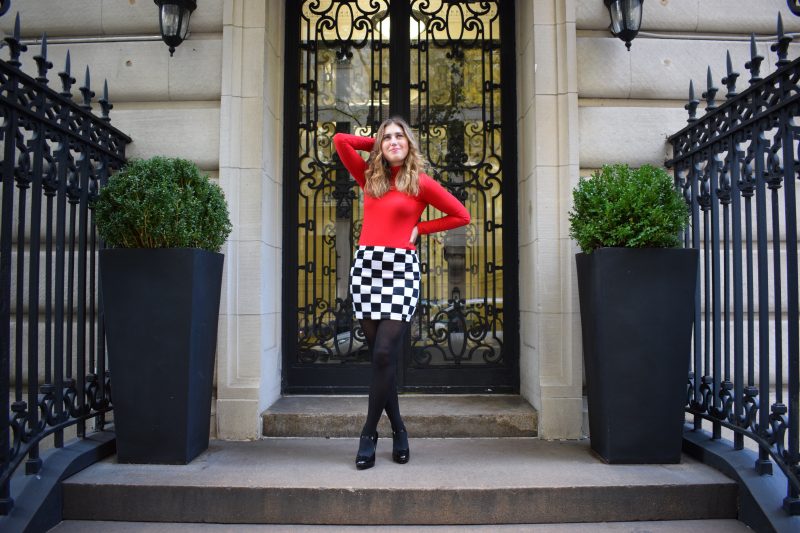 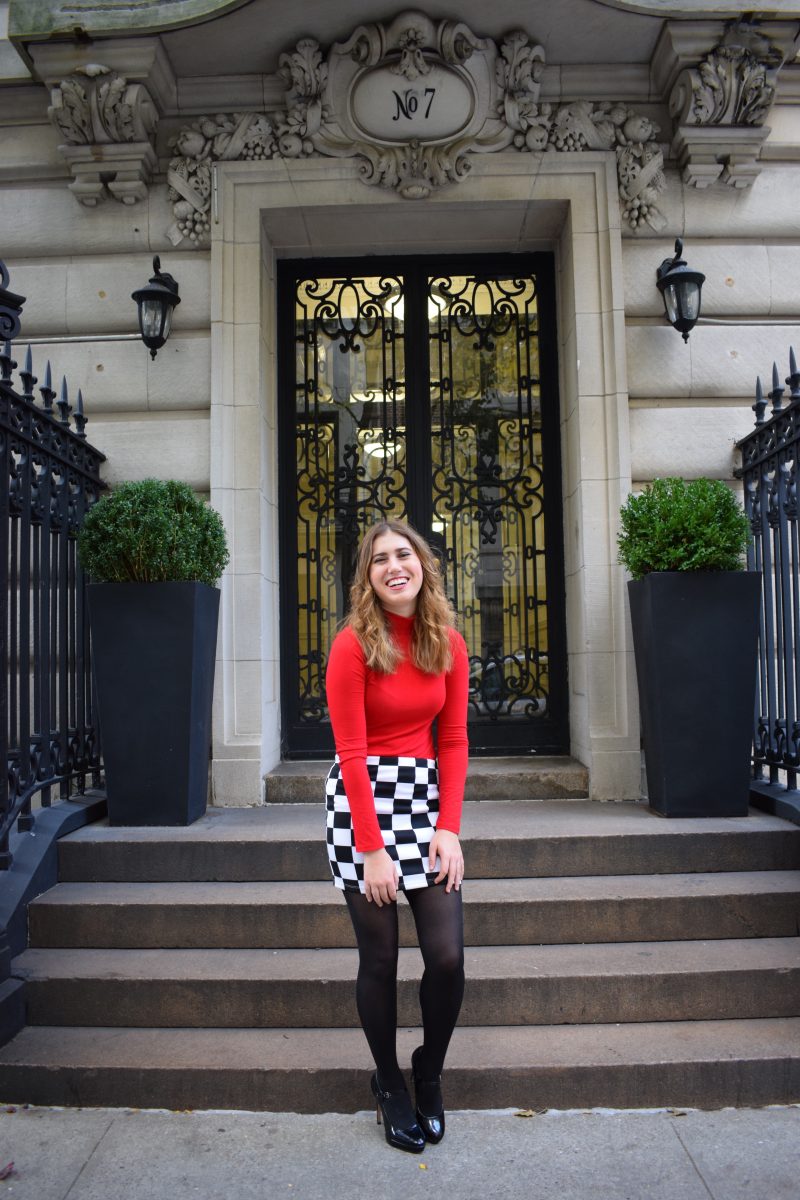 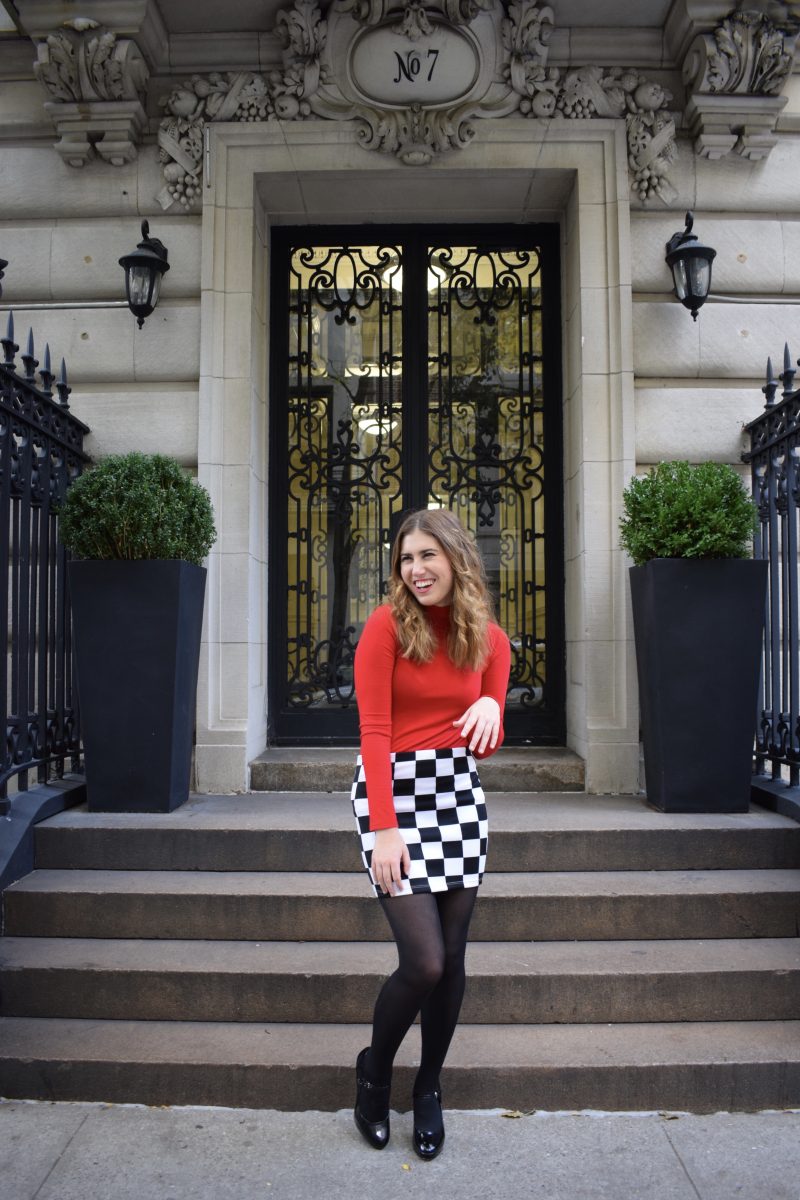 25 Statement Coats to Add to Your Closet, Stat

What to Wear to a Fall Wedding

How to Have the Perfect Scary Movie Marathon

How to Wear a Blazer With Jeans and Heels

6 Fall Fashion Essentials You Can Easily Find on Amazon